Perform at the Festival in 2023 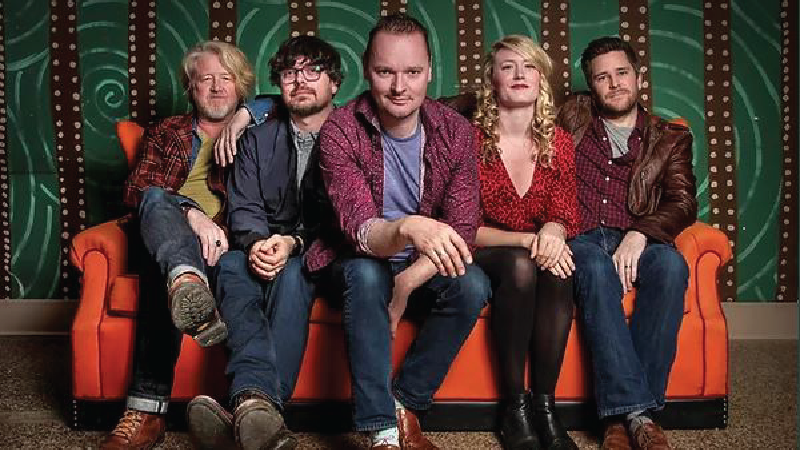 Bio: With nearly two decades of performing and more than 3,000 live shows behind them, Gaelic Storm has built a loyal following as diverse as the band’s own music. Fans of traditional Irish music have championed the group for years, as have fans of harder-edged Celtic rock. Gaelic Storm has straddled the line between tradition and innovation for nearly two decades, infusing traditional Celtic music with modern influences, and updating the genre for a new generation of fans raised on rock, country and folk. Along the way, the group has topped the Billboard World Chart multiple times and earned a reputation as a hard-touring, genre-bending band. MORE 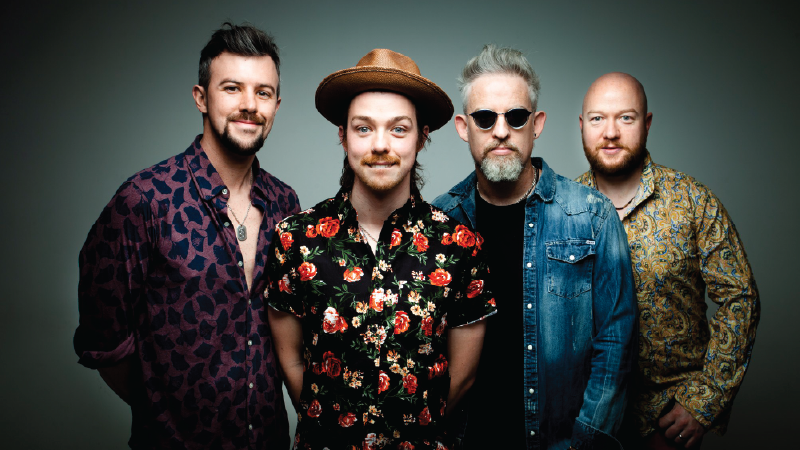 Bio:"Debuting in the U.S. in 2012, We Banjo 3 has since emerged as fast-rising touring darlings in the country that two of the members now call home. The Galway, Ireland, and Nashville-based quartet––comprised of two sets of brothers, Enda & Fergal Scahill and Martin & David Howley––continually push musical boundaries while maintaining an unwavering devotion to the essential audience experience. WB3 seamlessly converge the shared and varied traditions of Americana, Bluegrass, and Celtic music with pop-sensible songcraft to create a truly unique and gratifying signature sound. MORE 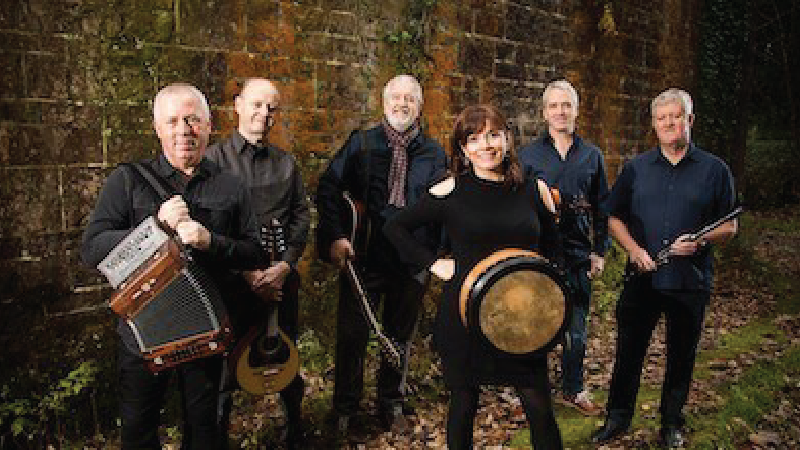 Bio: Dervish have a line-up which includes some of Ireland’s finest traditional musicians, fronted by one of the country’s best-known singers, Cathy Jordan. The Guardian newspaper commented: “Dervish are simply brilliant. . they carry Irish history with them.” Dervish are long-established as one of the biggest names in Irish music internationally. They’re renowned for live performances, which match dazzling sets of tunes with stunning interpretations of traditional songs.  Their studio and live albums – 13 to date – make up one of the outstanding catalogues in Irish music. MORE 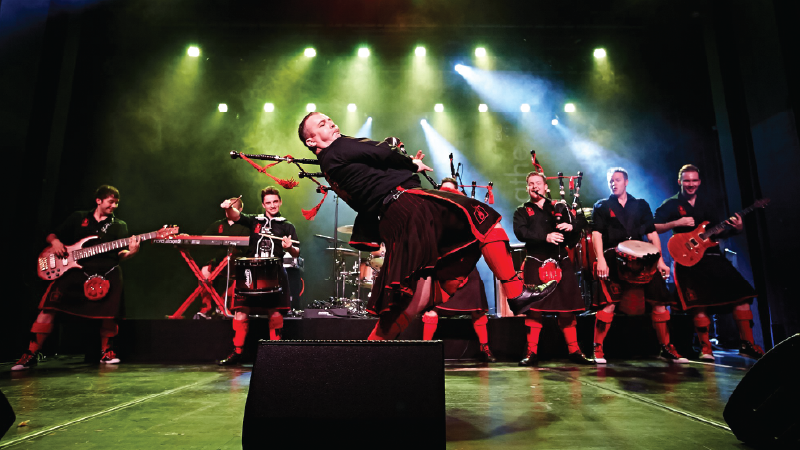 Bio: With a strong presence of bagpipes and drums with a Scottish flare, Red Hot Chilli Pipers is a group that carries a distinct sound. The band's achievements have reached incredible heights with their groundbreaking fusion of traditional Scottish music and rock/pop anthems which they proudly call 'bagrock.' The Chili's have never been more in demand for their style of feel good music which appeals right across the age range to people all over the world. They have a pool of talented musicians from Scotland and across the globe - many holding World Champion titles and all serious players with impressive credentials and qualifications. MORE 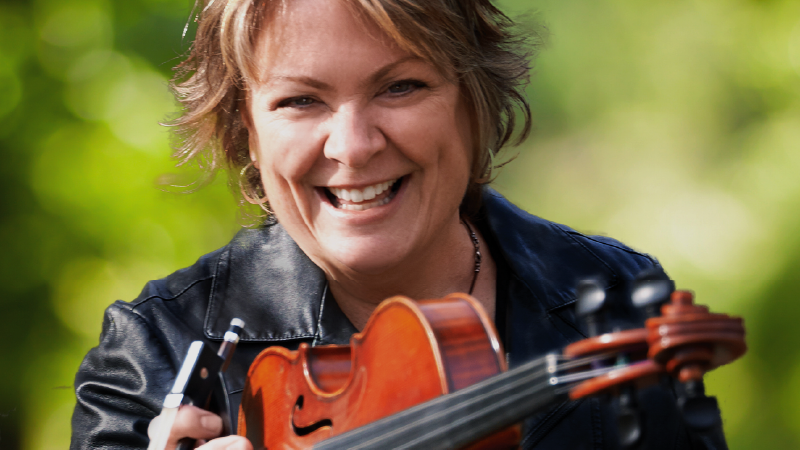 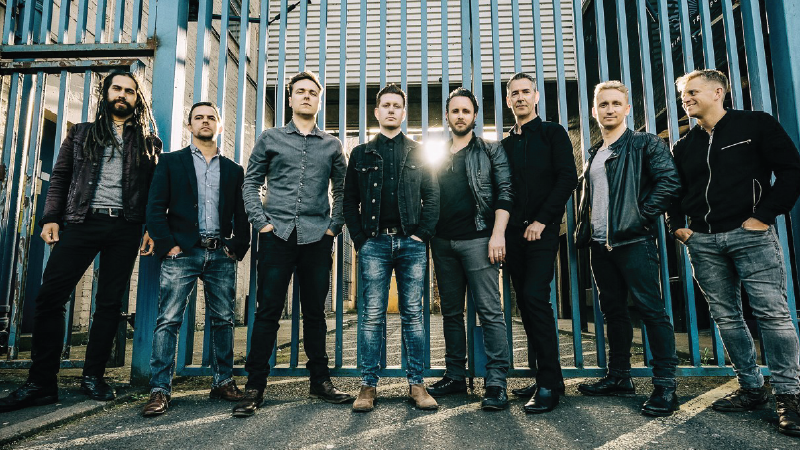 Bio:"Over the last 15 years, Skerryvore have brought their performances to audiences across the globe, from their early days in Scottish West Coast halls and bars, to Festival crowds in USA, Canada, Australia and throughout the UK and Europe. Picking up Scottish traditional music’s ‘Live Act of the Year’ twice on the way – in 2011 and again in 2016 – the band’s wide range of influences and talent produce a musically expansive, high energy set that excites and captivates audiences. With a mix of fiddle, accordions, pipes and whistles, alongside guitar and vocals, underpinned by driving bass, drums and keys, Skerryvore represent the best in contemporary Scottish traditional music.MORE 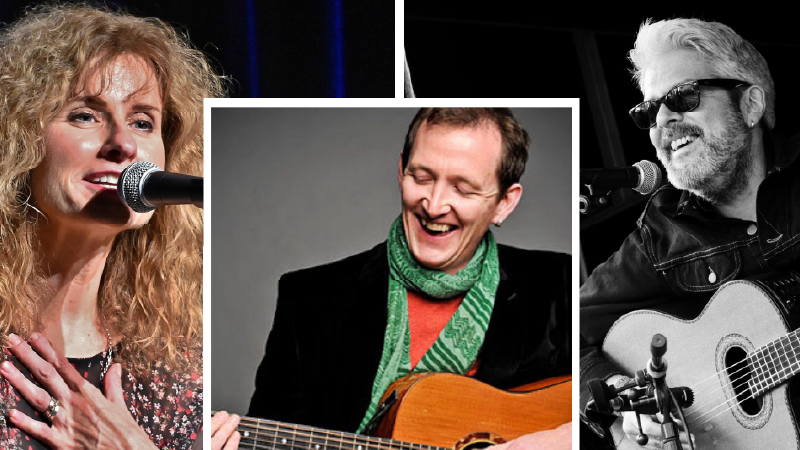 Bio: Guitarist and bandleader John Doyle has brought together a stellar quintet of some of the best Irish musicians in America. This quintet is made up of John Doyle, Seamus Egan, John Williams, Cathie Ryan and Ivan Goff. It would be accurate to call these exceptional artists a supergroup of Irish American music—but it would be just as truthful to describe them as five long-time friends thrilled to perform together again. Three members of the Masters of Irish American Music—John Doyle, Seamus Egan, and John Williams—were founding members of Solás, an ensemble whose role in popularizing traditional Irish music in America can hardly be overstated.. MORE 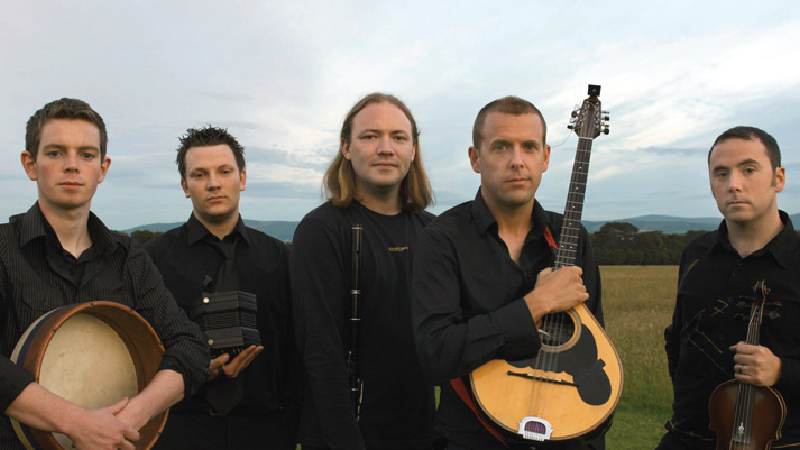 Bio: The band’s origins date back to Ireland in 1999, when Slide performed in various pubs for a local music festival in Bandon, Co. Cork. The group’s music easily won over the crowd, which demanded more of their unique and colorful sound. The positive reaction inspired Slide to release The Flying Pig, which Irish Music Magazine hailed as “beautifully recorded, to preserve the brilliance and clarity of solo and ensemble playing that is positively mind-blowing.” In its second album Harmonic Motion, Slide celebrates self-exploration and collective innovation in a series of self-penned songs that drew critical appraise. MORE 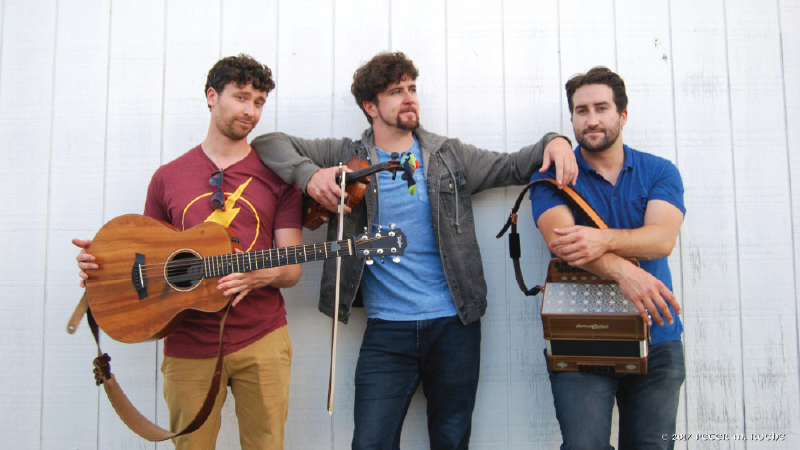 Socks in a
Frying Pan

Bio:From unknown band in 2014 on their first US endeavour to one of the most sought-after Irish music groups in the world today, Socks in the Frying Pan’s meteoric rise continues still! Performing in 46 American States, extensive tours of Europe, playing for Presidents and dazzling audiences all around the world, they are back with their first live album ‘Raw & Reel’ by unprecedented demand. Hailing from the Irish music mecca that is Ennis, County Clare the ‘Socks sound’ came as a by-product of three friends playing in pubs together, learning from one another and having fun. MORE 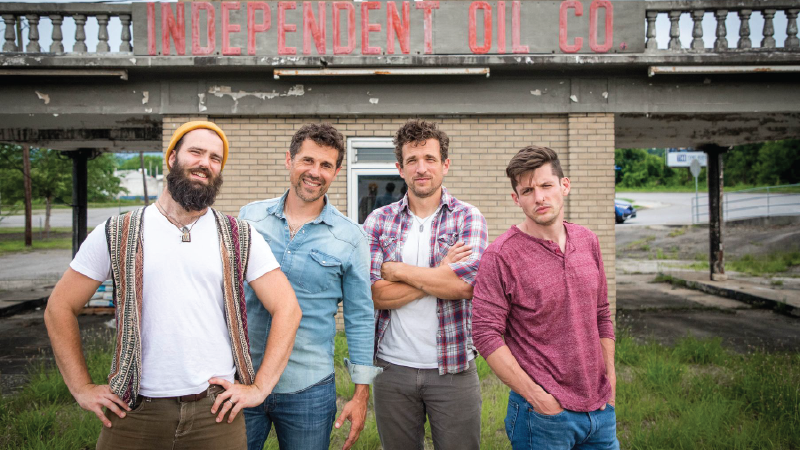 Bio: Washington DC-based Scythian (sith-ee-yin) began over a decade ago as a bunch of college buddies playing Celtic music in the streets and has grown to be a headliner on the U.S. Celtic Festival Circuit as well as a name in the Bluegrass/Americana Festival Circuit. They found that their brand of high-energy folk music found a resonance that led The Washington Post to state: “Scythian’s enthusiasm is contagious, and shows seem to end with everyone dancing, jumping around or hoisting glasses.” Founded by brothers Alexander and Danylo Fedoryka who are first-generation sons of Ukrainian immigrants, Scythian from the start has been a search and love for the “old time, good time music” of many cultures. MORE 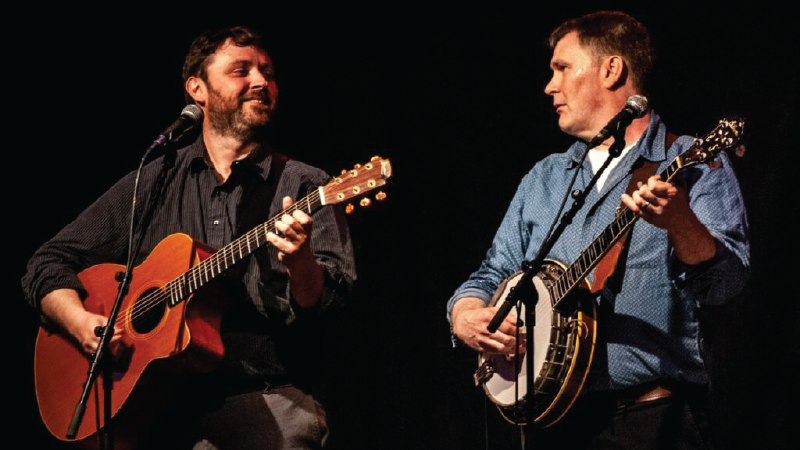 Bio: "Rory Makem and Donal Clancy carry on the musical legacy, stories and songs of their legendary fathers, Tommy Makem and Liam Clancy. Rory Makem and Donal Clancy are justifiably proud of their families’ storied place in Irish music, and both had the opportunity to perform with their famous fathers over the years. Donal & Rory have also forged their own musical paths. Dónal Clancy is an acclaimed guitarist, singer and performer. Dónal grew up in a household and community steeped in music. He spent his early childhood in Canada and the US before his family settled back in An Rinn, Co.Waterford in 1983. " MORE 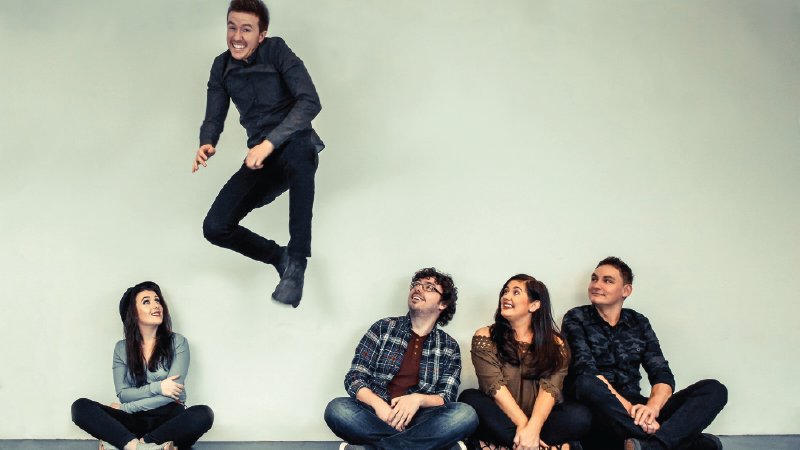 Bio:Hailing from the cities of Armagh and Derry, Ciara McCafferty (vocals), Ciaran Carlin (Flute/Whistles) and Paul Starrett (Guitar) Emer Mallon (Harp) and Conor Mallon (Uilleann Pipes/Whistles). Labelled as the Hottest New Group out of Northern Ireland, (Chicago Irish American News) Connla have been quickly making an impact on the folk/traditional scene. Since the release of their EP in April 2015, and album “River Waiting” in July 2016 they have received fantastic reviews at home and internationally. They have already gathered a big following in the UK, Ireland, Europe and the USA. Songlines magazine made Connla their “must see act” for the tour of the UK and stated “A band this young shouldn’t be this good." MORE 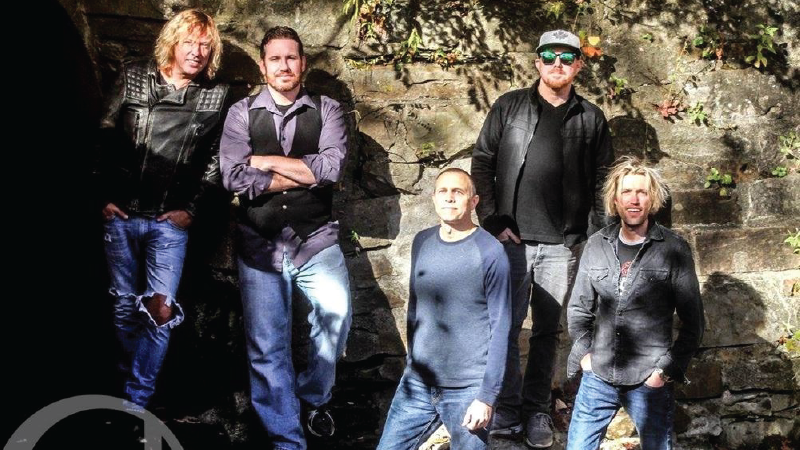 Bio: Throw away any preconceived notions you may have about Celtic music...this is a band that has invented its own sound and attracted a prodigious national and international following. Seven Nations is not your father’s Celtic band. With a passionate, tender, and rollicking style that winningly veers from roots and folk to dance and fusion-rock, Seven Nations has earned a growing reputation as an adventurous band with a charismatic stage presence. Its versatile and dynamic style has stamped Seven Nations as a highly book-able band, with an ever increasing and loyal fan base. The group has performed at a variety of venues, from nightclubs and pubs to festivals and street fairs. MORE 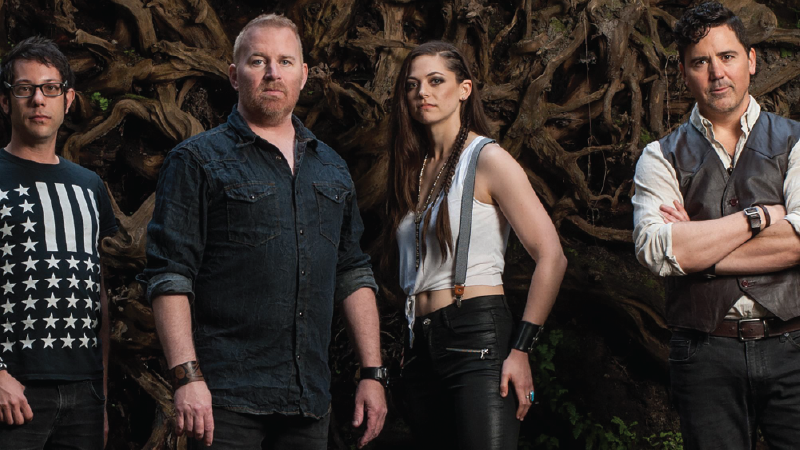 Bio: With a decades worth of headlining Roots and Celtic festivals to selling out nights at rock venues, The Town Pants own brand of Celtic-Roots-Rock spans six studio albums and two live albums, backed up with a legendary live show that’s garnered them from New York to Norway. The Town Pants have become a consistent audience favorite at Celtic, Folk, World, Irish and even Rock festivals throughout the United States, Canada and in Europe. Their latest album, titled "Something to Say", was released in the summer of 2018 - and contains a blend of new ideas with old ideas true to their roots. MORE 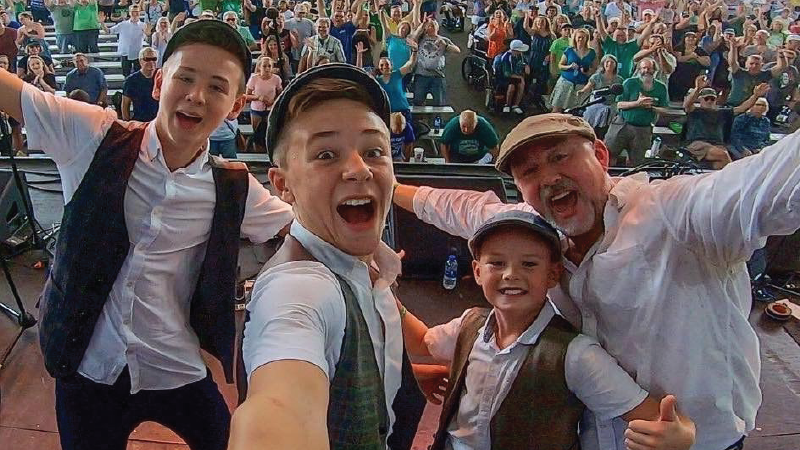 Bio:The Byrne Brothers are a multi award winning family band and Irish dancers from Dublin and one of the biggest names in traditional Irish music today. They are Luca, 17, on Accordion, Finn, 15, on Banjo, Mandolin and Guitar, Dempsey, 12, on Bodhran & Whistle and Dad, Tommy, on Uilleann Pipes, Bagpipes, Fiddle and Guitar. They are all County Champions on their instruments and Ulster Champion Irish Dancers. Having moved to Orlando, Florida in 2018, they became the youngest ever Cast Members of Walt Disney World while performing at Raglan Road Irish Pub and Restaurant. MORE

Bio:The Festival will host the Real Irish Comedy Tour in the Abbey Theater – inside the Dublin Community Recreation Center, just west of the Festival grounds. The tour features comedians Dave Nihill, Sean Finnerty, and Mick Thomas. The performances will start at 7:30 p.m. on Friday, Aug. 5 and Saturday, Aug. 6. Each performance will be approximately an hour and 15 minutes in length. Tickets are $10 each (general admission seating). Content may not be appropriate for young children. There will be a limited bar in the theater lobby. Doors open one hour before the performances. NO DESIGNATED PARKING PROVIDED. Please see Festival parking map for more information. Festival admission is NOT included with the comedy tour tickets. MORE 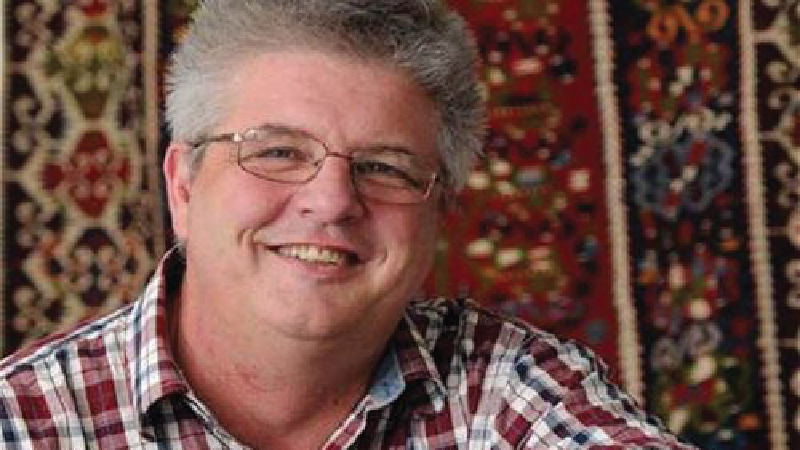 Bio: Often hailed as one of the world’s best living Irish button accordion players, seven-time All-Ireland champion John Whelan was born to Irish parents living in Dunstable, England. He was raised in the vibrant London Irish music scene of the 1970s, learning his craft from such legends as Lucy Farr, Roger Sherlock, Paddy Taylor, Mick O’Connor, and his teacher, Brendan Mulkaire. John has received the “Musician of the Year” award from the Irish Music Association — twice. He has recorded more than 15 CDs and spent several weeks in the top 10 of the Billboard World Music Charts. MORE 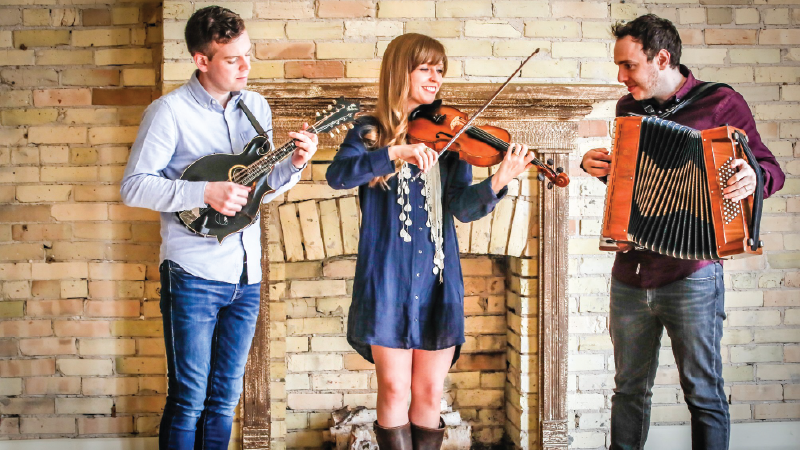 One for
the Foxes

Bio: Dave Curley, Tadhg Ó Meachair & Joanna Hyde form an exciting and dynamic transatlantic trio that presents a rousing blend of Irish and American folk music, having already won over audiences on both sides of the ocean.  Award-winning instrumentalists each in their own right, Dave, Tadhg & Joanna take a unique twist on the diverse strengths of their individual backgrounds, weaving between traditional melodies, their own compositions, and songs from the broader folk canon. Through a shared deep-rooted passion for Irish traditional music, this trio highlights the vital role of Irish traditional music as an origin of many American folk musics, and explores how those styles can interact with one another in a manner both eclectic and grounded. MORE 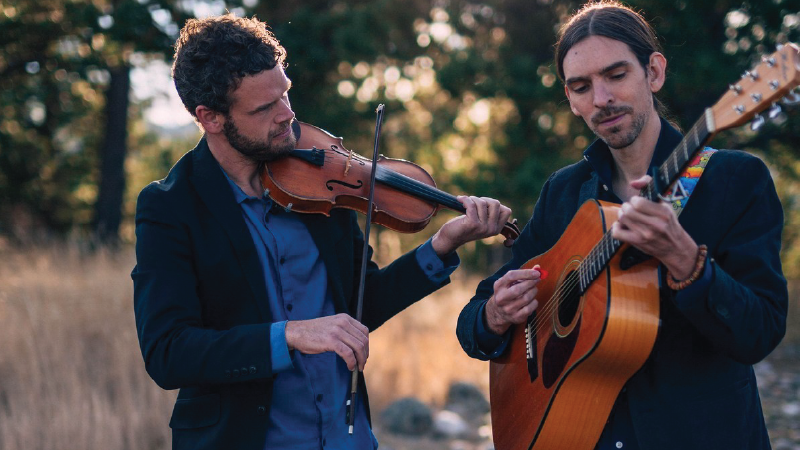 Bio:Adam & Jon journey through the Irish idiom on fiddle, guitar, and tenor banjo, and have been enchanting listeners on both sides of the Atlantic Ocean for over a decade. Adam & Jon put down musical roots in County Clare, where they lived together, and now make frequent visits.  Their connection to their instruments and the transcendent energy in their music is guaranteed to captivate and uplift audiences of all ages.ag MORE
2022 Local & Regional Performers