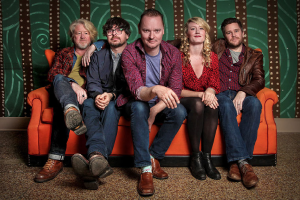 Website | Spotify
With nearly two decades of performing and more than 3,000 live shows behind them, Gaelic Storm has built a loyal following as diverse as the band’s own music. Fans of traditional Irish music have championed the group for years, as have fans of harder-edged Celtic rock. Gaelic Storm has straddled the line between tradition and innovation for nearly two decades, infusing traditional Celtic music with modern influences, and updating the genre for a new generation of fans raised on rock, country and folk. Along the way, the group has topped the Billboard World Chart multiple times and earned a reputation as a hard-touring, genre-bending band. 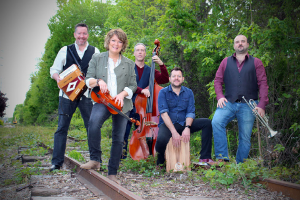 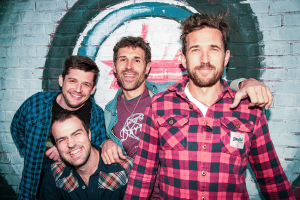 Website | Spotify
Washington DC-based Scythian (sith-ee-yin) began over 12 years ago as a bunch of college buddies playing Celtic music in the streets. The band has grown to be a headliner on the US Celtic Festival Circuit as well as a name on the Bluegrass/Americana Festival Circuit. For over 12 years, they have found success as an independent band and have played over 1,300 shows all over the United States, Europe, Canada and as far away as Australia.

Founded by brothers Alexander and Danylo Fedoryka, who are first-generation sons of Ukrainian immigrants, Scythian has been a search and love for the "old time, good time music" of many cultures. THE calling card of Scythian is their ability to engage their audience no matter the venue or circumstance. Truly, every Scythian shows ends with people dancing, smiling and covered with sweat. 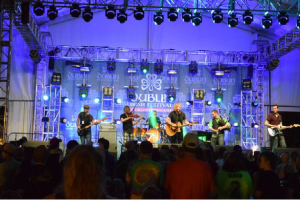 Website | Spotify
Equally at home in front of 40,000 cheering fans at an international festival, with the widely recognized, Grammy award winning symphony orchestras, or with 300 fans in a small Midwest club, Seven Nations has created a truly hybrid sound and transient live show. The depth and complexity of Seven Nations' music is astounding, each listen reveals a deeper layer of intricacy that has been embraced by an ever growing audience. "We are lucky," says McLeod, lead singer/songwriter and founding member of the band, "because we come from two unique cultures. We love American pop and rock and roll, but we also love our Celtic roots. We want to touch everybody with our music," he continues, "and so far, we have been very, very fortunate."

The story of Seven Nations is that of a truly original and determined band that began in New York City, with members now hailing from California, to Toronto, to Florida. Throw away any preconceived notions you may have about Celtic music...this is a band that has invented its own sound and attracted a national and international following. Seven Nations is not your father’s Celtic band. With a passionate, tender, and rollicking style that winningly veers from roots and folk to dance and fusion-rock, Seven Nations has earned a growing reputation as an adventurous band with a charismatic stage presence. 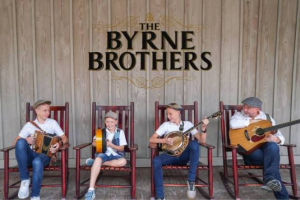 Website | Spotify
The Byrne Brothers are a multi-award winning traditional Irish music and dancing family from Dublin, Ireland, including Luca (age 15) on accordion, Finn (age 13) on banjo, Dempsey (age 10) on bodhran and Dad Tommy on guitar and Pipes. All County Champions of their instruments and Ulster Champion Irish Dancers, they are the youngest ever cast members of Walt Disney World where they perform at Raglan Road Irish Venue.

The Byrne Brothers have had the largest number of views on Facebook in Ireland for the past three years and have over 30 million views on social media. The group has toured in 46 states, playing at some of the biggest Irish Festivals across the nation. The talented group continues to win over fans worldwide with their infectious enthusiasm, brilliant musicianship, beautiful dancing and hilarious fun. As Grainne McCool from Irish Music Magazine wrote "The Byrne Brothers are taking Irish Music and Dancing to a whole new level." 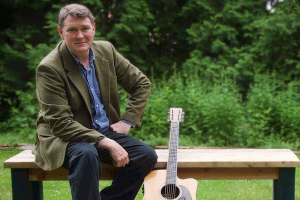 Website | YouTube
A seasoned performer with over 30 years on the road, Rory has toured extensively with The Makem Brothers, the Makem and Spain Brothers, and played guitar for 17 years with his father, Tommy Makem. He has played sold-out venues, festivals, and theaters throughout the United States, Canada, England, Scotland and Ireland. At his best on stage, Rory captivates his audiences with charisma, passion for the songs, poetry, history, humor and skilled musicianship.

The love of song runs deep in the family. Continuing a legacy handed down from his Grandmother, the legendary source singer Sarah Makem, Rory pulls the songs of the worker, the sailor, the lovers, the fighters and the land from the pages of history and breathes life into them. An adept interpreter of folk songs, he masterfully accompanies himself on guitar, banjo, mandolin or bouzouki.

Through more than a quarter century of plying his craft, Rory has established himself as one of the leading forces in the song tradition of Irish music… and so… the tradition continues. 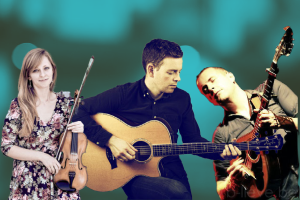 Website | Spotify
Fans of Slide will be happy to see band members Mick Broderick and Dave Curley. They will be joined by Joanna Hyde, Dave’s band mate from One for the Foxes. This super-group of musicians will bring a lively mix of songs and tunes, celebrating the homecoming of Mick as he moved back to Ireland last year after spending many years in Central Ohio. 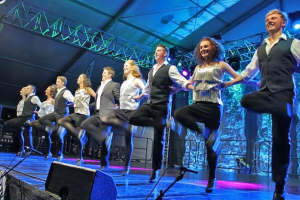 Website | YouTube
The Richens/Timm Academy is one of the most recognizable and respected names in the world of Irish dance. Founded by Dublin, Ireland native, the late Ann Richens, the school is now under the direction of her protégé, Senior Men’s World Champion John Timm, and his wife, Heather Timm. Richens/Timm has been training champion dancers in the Columbus area for over 40 years and proudly makes it home right here in Dublin, Ohio. Richens/Timm has the unique history of performing at the Dublin Irish Festival since its inception and is thrilled to take the stage every year. 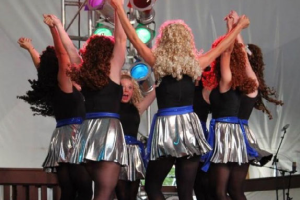 Website | YouTube
The Regan Rankin Holland Irish Dance Academy was founded in 2004 by Katie Regan who formerly toured with Riverdance the Show for six years. As the program began to flourish and expand, Nicole Rankin joined forces with Katie in 2008. In 2014, the power duo was joined by Michael Holland, 2012 Senior Men's World Champion, and his sister, Caitlin Holland, to form the Regan Rankin Holland Academy. This talented teaching staff has won over 35 World and International titles between them, successfully producing numerous World Qualifiers in the competitive arena. Over the years, the academy has had dancers win the Mid America Regional Oireachtas and place in the top three at the North American, All Ireland and All Scotland Championships. On the highest stage of all, World Championships, the school has had dancers place as high as sixth place.

The Academy of Irish Dance 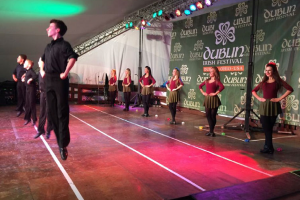 Website | YouTube
Unmatched and unrivaled in both competitive and performance excellence, The Academy Irish Dance Company is THE Irish Dancing Show you simply cannot miss! Winners of TWENTY FIVE World Irish Dancing Championship titles in both Solo and Team sections, The Academy Irish Dance Company brings you the very BEST standard in Irish dancing. In addition to their unparalleled competitive achievements, The Academy dancers have performed all over the world and were also featured on Season 8 of NBC's 'America's Got Talent,' receiving an overwhelming four unanimous 'YES' votes from the celebrity judges during the televised rounds! These dancers bring a true passion for performing, a flair for the dramatic and a level of execution and professionalism you won’t see anywhere else!