The Irish... and How They Got That Way

Know Before You Go 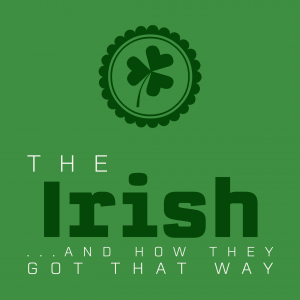 About
"The Irish… and How They Got That Way” is an Off-Broadway musical written by Frank McCourt. The production features an eclectic mix of Irish music ranging from the traditional "Danny Boy" to U2's "I Still Haven't Found What I'm Looking For." An irreverent but affectionate history of the Irish in America that mingles laughter and sentiment in a tapestry of classical songs and stories. The production encapsulates the most tumultuous times of the past century with the vibrant humor and bitter irony.

William “Bill” Hafner has been active in the Central Ohio theatre community since 2013. He has appeared in Les Misérables (Valjean), Sweeney Todd (Sweeney Todd), Songs for a New World (Man #1), August, Osage County (Charlie), The Music Man (Harold Hill) and several others. Mr. Hafner enjoys spending time with his kids and will soon be taking on the dream role of GRANDFATHER in September! He enjoys darting around town on his beloved Indian Chief, and always is up for a trip to a cool tiki bar, including the one in his basement. Thank you Joe and the production team for this opportunity.

Bradley Johnson recently relocated from New York City where he was a full-time music and theatre instructor in the Upper West Side. He received his BFA in Musical Theatre from Point Park University, and currently teaches piano and voice at the Hilliard Music Academy. July has been a whirlwind! Closing Sons and Lovers at Evolution Theatre Company and jumping headfirst into The Irish..., balancing day jobs, and moving into a new apartment leaves Bradley hopeful for a much calmer August.

Rachel Lucielle is a 2015 graduate from The American Musical and Dramatic Academy in NYC. Local credits include Diana (Next to Normal), Woman #2 (Songs for a New World), Trina (Falsettos), and Janet (The Rocky Horror Show), among others. Rachel loves to sing, and you can find her doing that in her apartment, at karaoke and at rachellucille.com.

Krista Pojman is currently a music teacher at Fugees Academy. She has also taught at the Abbey Theater of Dublin, CATCO is Kids, Helen Hocker Theater and Berkely Child and Family Development Center. Krista is very excited to be back on stage performing after such a long hiatus!

Jarrod Turnbull is currently studying at Atlantic Acting School in New York. When he is not studying in New York, he works for the Abbey Theater of Dublin as a theatre instructor and actor. Some of his favorite roles have been in From White Plains, Sunshine, and Next to Normal.